Eddie Pepitone In The End of Days 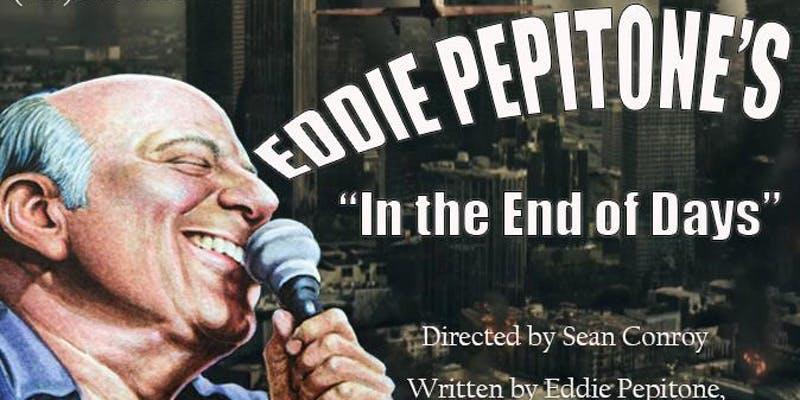 In Eddie Pepitone's latest One-Man show, he explores life in Los Angeles after Armageddon. Eddie's character's include the world's worst usher, an angry Al Gore, a failed motivational speaker and Eddie who just wants his big break in this post world, world.

You know Eddie from his Netflix special "In Ruins" and many appearances on Comedy Central, HBO, Adult Swim, as well as his Documentary "The Bitter Buddha." There are 2 chances to see the show at Lyric Hyperion Theatre & Cafe located at 2106 Hyperion Avenue in Los Angeles on May 9th and 10th at 10pm. Get tickets here.

Eddie is a member of All Things Comedy, hosting a weekly podcast "Pep Talks" as well as appearing in original content for the network. Pep Talks is a comedic look at the crumbling of our world with Eddie Pepitone (The Bitter Buddha) and other funny people! Use this RSS feed to subscribe: feeds.feedburner.com/peptalksp...

WOOHOO!
YOU'RE ALL SIGNED UP!
Oops! Something went wrong while submitting the form. Try Again!