George Lopez’s multi-faceted career encompasses television, film, standup comedy, and late-night television. Lopez has been featured in four HBO specials, The Wall in August 2017, It’s Not Me, It’s You in 2012, GRAMMY nominated Best Comedy Album Tall, Dark and Chicano in 2009, and America's Mexican in 2007. Lopez also performed as part of HBO and TBS's Comic Relief 2006. His acclaimed comedy concert, Why You Crying?, debuted on Showtime in 2004. He released his third standup CD, El Mas Chingon, in 2006, which also earned Lopez a GRAMMY nomination continue reading...
 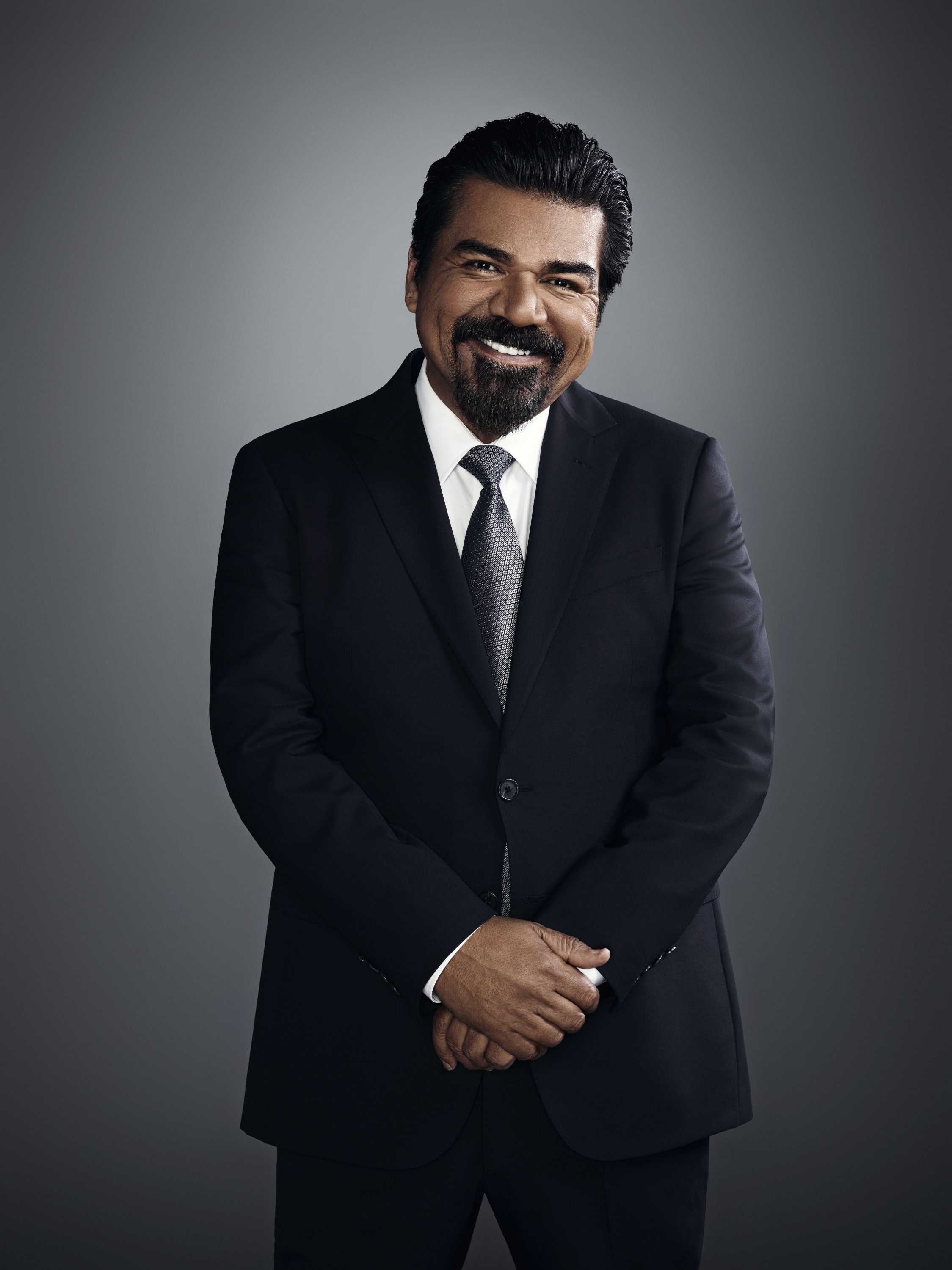 Lopez has been featured in four HBO specials, The Wall in August 2017, It’s Not Me, It’s You in 2012, GRAMMY nominated Best Comedy Album Tall, Dark and Chicano in 2009, and America's Mexican in 2007. Lopez also performed as part of HBO and TBS's Comic Relief 2006. His acclaimed comedy concert, Why You Crying?, debuted on Showtime in 2004. He released his third standup CD, El Mas Chingon, in 2006, which also earned Lopez a GRAMMY nomination in the category of Best Comedy Album. In 2004, he was nominated for a GRAMMY in the same category for his CD Team Leader.

He also starred in Lopez on TV Land. Produced by Lopez, the series explored how he struggled between his two worlds and crises that are often of his own making. The half hour single camera serialized comedy aired for two seasons. Lopez Tonight, a late-night television talk show on TBS, also ran for two seasons. It represented Lopez's return to series television after co-creating, writing, producing, and starring in Warner Bros. Television's groundbreaking hit sitcom George Lopez, which ran for six seasons on ABC. George Lopez remains a hit with viewers in syndication on both broadcast stations and cable's Nick at Nite, ranking as one of the top-rated shows on the network and among the top five comedies and top 20 weekly programs in syndication.

In 2015, Lopez was seen in the Lionsgate inspirational drama, Spare Parts. Produced by Lopez, the film is based on a true story about four undocumented Mexican-American teenagers from Phoenix who team up to build an underwater robot that wins the national robotics competition. In 2014, Lopez starred in the multi-camera ensemble comedy Saint George on FX, which he co-created.

In film, he was last seen in El Chicano alongside Raúl Castillo, Aimee Garcia, and Emilio Rivera. He recently wrapped shooting the upcoming crime thriller The Tax Collector with Shia LaBeouf and Lana Parrilla. David Ayer wrote the screenplay and directed the film. He also wrapped shooting Walking With Herb opposite Edward James Olmos and Mary McDonnell. The faith-based film is inspired by Joe S. Bullock’s novel of the same name.

Lopez also voiced animated characters in a string of animated blockbuster films including Zook in Gnome Alone, Rafael in Rio and Rio 2 along with Jamie Foxx, Anne Hathaway and Jesse Eisenberg, Thurman in Escape from Planet Earth opposite Jane Lynch and Sofia Vergara, Grouchy Smurf in The Smurfs 1 and 2, and The Beverly Hills Chihuahua 1, 2, and 3. His film credits also include the box-office hit Valentine's Day directed by Garry Marshall, River Runs Red, Swing Vote, Henry Poole Is Here and Balls of Fury.

In May 2004, Lopez’s autobiography, Why You Crying?, entered The New York Times Bestsellers List top 20. The book was co-written by Emmy winning writer and sportscaster Armen Keteyian. Lopez released his second memoir, I’m Not Gonna Lie And Other Lies You Tell When You Turn 50, in 2013 where he tells the unabashed and hilarious truth about aging – as only he can. Lopez was also the focus of the award-winning documentary Brown is the New Green: George Lopez and the American Dream.

George is joined on the pod by writer/performer/personality Liz Iacuzzi! Very preggo, Liz passes on the beer and gets straight to the juicy details, digging on about her podcast “Was I In A Cult” and her own experience of nearly being pulled into a cult in her early 20s in Los Angeles. They also dig into some of the nuances of parenthood, like what it's like to first see your child, why you don’t want to be your kid’s best friend, and what it’s like to find out in an ultrasound that your newborn is going to have huge balls. All this and more on today’s OMG HI! OMG, Hi! is a weekly podcast with George Lopez featuring surprise celebrity guests, listener call-ins, stories of George's haunted house, hot takes, and more. Leave a voicemail: (818) 533-1843. Subscribe! https://bit.ly/OMGHiShow See omnystudio.com/listener for privacy information.
Go to the OMG HI with George Lopez page