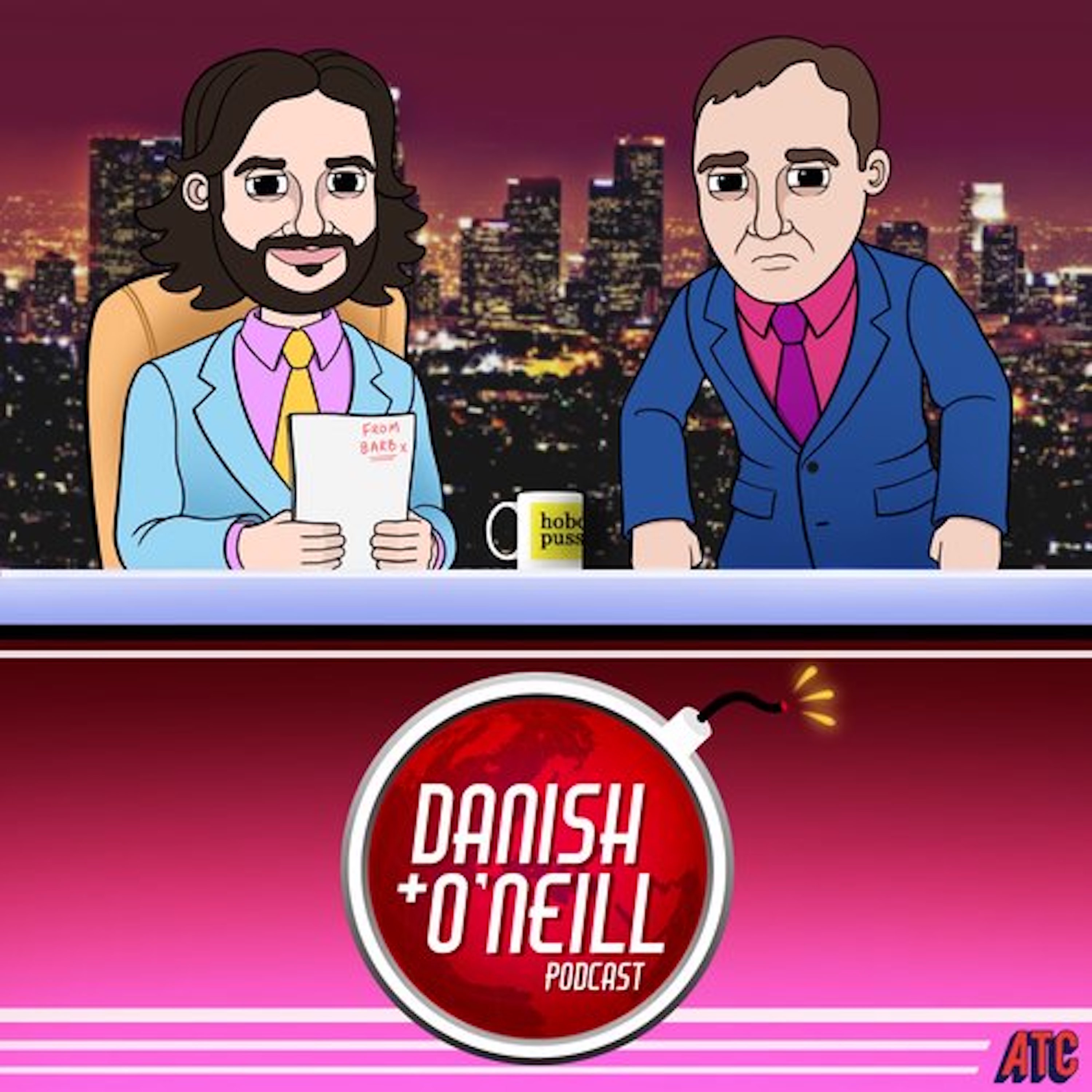 And it's another one (to quote Biggie Smalls). We start off with some light MMA talk. Even if MMA isn't your cup of tea, there's still a funny Mike Perry tidbit that will most likely tickle your fancy. O'Neill discusses why some people are upset with Chris Pratt (it's a REAL unfortunate set of circumstances). We then talk about how the Comedy Store doc failed to capture the true feel of the club (aka the late night shenanigans). Coming off our "Baby Shark" talk last week, a bunch of people sent in an article about some prison guards who got a little crazy with the song. Not cool, guys. Not cool. Then, it's just your average tale of a Russian reindeer herder who is almost killed via a sauna sneak attack. That story may bring you down, so after that, we discuss a geriatric ninja who's still got it. We wrap it up with one of the most heinous crimes we've ever discussed on the show. And put a bow on her cause this one's done.

HEEEEELLO!!!!!! This episode opens up with Danish talking about a song baby Barb has been craving that is driving him insane. It turns to some talk of the youtube sensation of Blippi. Danish then details a strange thing he recently saw at the beach. Danish gives an update on the...
Listen Now

Big Earl is back, baby! As the title suggest, he ranks the best nipples in the UFC (men only, of course). He also tells us a story of a run-in with a celeb in hot yoga, and how he once got aroused during class because the teacher played with his...
Listen Now

Danish opens this one up by talking about a story he hear about the UFC fighter, Jan Blachowicz. He also discusses a new problem in his neighborhood. O'Neill tells a story of a recent good deed he performed. Danish then describes a woman he sees on his family walks and...
Listen Now

The episode start out with a bang when Danish shares a story about something that went down at the primaries in New Hampshire. This one is extra special because he knows an eyewitness who was there to witness the monumental event in all its glory. After that, it's more tom...
Listen Now

Episode 262: Love on the Spectrum

Howdy doodie, dudes. This one starts off with Danish telling O'Neill the latest and not-so-greatest that's going down in his neighborhood. After that, the fellas discuss Netflix's Dating on the Spectrum. The conversation just may surprise you. After that, it's off to Thailand for a story about a woman and...
Listen Now

Oh yeah (said like the Macho Man), it's another great episode of the D+O podcast!!!!!!! We start out by talking about future plans for the show. Then, we get into how some people we know could dominate the Onlyfans landscape. We briefly touch on how Eleanor is a harbinger of...
Listen Now

This week's episode kicks off with D+O (neither of them write this, hi!, this is Barb, not the baby one, the grown one) with a brief discussion of the crazy fires/firenadoes going on in California right now. Then, the fellas (that's what I call them) talk about something from last...
Listen Now

This week's episode kicks off with D+O (neither of them write this, hi!, this is Barb, not the baby one, the grown one) with a brief discussion of the crazy fires/firenadoes going on in California right now. Then, the fellas (that's what I call them) talk about something from last...
Listen Now

O'Neill starts this one out by talking about Lou Gomez's latest opponent. He weighs in with some personal insight and what he thinks the outcome will be. Then, John McAfee is up to his old tricks. This time, he pulls an awesome prank in an airport by using an interesting...
Listen Now

Jiminy Christmas, we're back at it once again. O'Neill starts us out by talking about a documentary called Tread that he recently watched. Danish talks about seeing a John Little doppelganger at the grocery store and calling Mr. Anti-Seatbelt himself to discuss it. O'Neill takes a victory lap for his...
Listen Now
Next Page
Advertisement