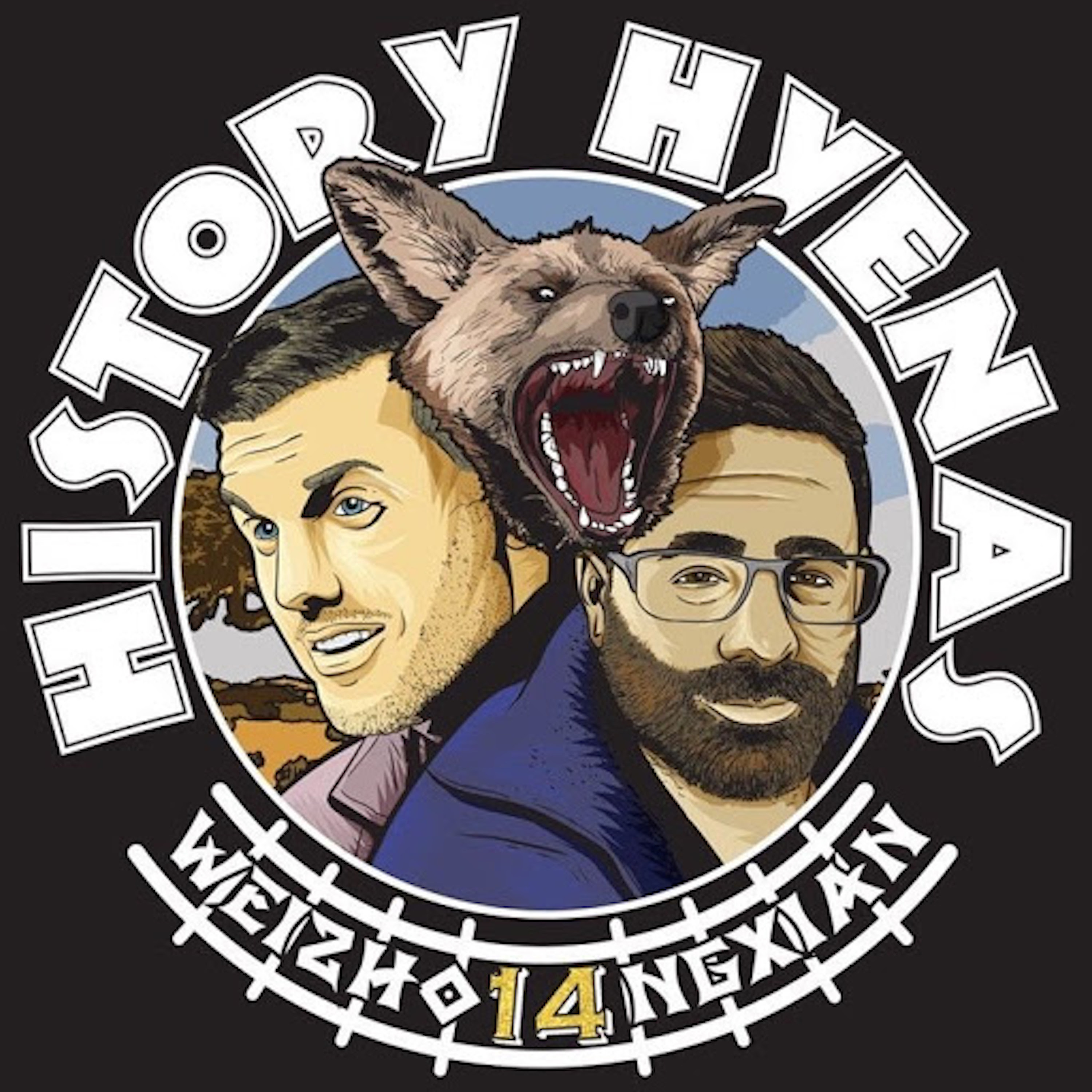 Comedians Yannis Pappas and Chris Distefano go WILD for history and nature. Listen in as these two Hyenas teach all things historical and natural in a way that you never thought was possible, cuzzie! We’re tyrants for history, bad! Also nature.

As Yannis Pappas is waiting for Beba Pappas to come into the world, we have the great Shane Gillis on as a guest host! Boys get straight into cars and how that the only dope thing about Christopher Columbus was that he rode into the Americas with wooden ships. Named after ladies that definitely did not have any fumare! Guys are talking Native Americans again and if we think that the holiday should be renamed to Indigenous Peoples’ Day brought to you by Christopher Columbus. Thoughts Cuzzies?

Shane just finished a book from Joe Rogan’s reading list and came through to discuss badass Native Americans: The Comanche. The Comanche were from the Great Plains, which is considered Colorado, Kansas Oklahoma, Texas, New Mexico today. They were some vicious dope horsemen that did some brutal things. In fairness, the settlers did try to take their land, so many raidings from the Indians and the new settlers that became the Plains Indian war starting in the 1850s. One of the most WILDEST stories was from Cynthia Ann Parker, a settler who was kidnapped in 1836, at age 10, by the Comanche war band. She lived with the Comanche people for 25 years learning the Comanche ways and forgetting English altogether. What is even WILDER what happens when her white family raids her tribe 25 years later? Be sure to listen to that story Cuz!!

Chris Distefano tells Shane that he just got back from Salem, Massachusetts and he feels that things in 2020 are beginning to mirror what is happening during the witch hunts of the 17th century. For example who is going to be canceled next? They give props to Bill Burr’s monologue on SNL and that it was hilarious. He was doing what he does best, just tell jokes.

Another great episode from da boys! Leaves you wondering: will you vote? Which way? Does it matter? Nothing matters. The only thing that matters right now is that you go to patreon.com/bayridgeboys and check out the WILD shit going on over there.

Hyenas are back for another episode and this one is about the great magician Harry Houdini. Yannis is at home right now because he’s waiting for his beautiful baby girl to be born and Chris is in the studio in Bay Ridge Brooklyn!! Yannis isn’t sure if he will bring...
Listen Now

This week Chris Distefano is joined by comedian Dan Soder to talk about the history of Indigenous Peoples' Day. THINGS GET WILD!
Listen Now

This week the guys have Bridget Phetasy AKA the female version of Yanni Long Days!! The group dives into their favorite Long Day platform: Twitter. The best platform to see when Yanni or Bridget is having a LONG DAY! As most people will find out soon, Bridget isn't a conservative...
Listen Now

This week the HYENAS rip into the story of Clarence King who was some WILD Tom Segura look alike who lived a double life. He had a WHITE family in one part of town and a BLACK family in another. Why is history riddled with insane white people CUZ?!?! The...
Listen Now

This week the Hyenas are joined by comedian Tim Dillon! They chat about everything from New York being dead to predatory loans. STRAP IN CUZ THINGS GET WILD!Join our Patreon athttps://www.patreon.com/bayridgeboys/
Listen Now

This week the hyenas jump into the history of Whitney Houston. This one hits home for Chrissy D because he's spent a majority of his life WERKING it to her music! YASSSSSS
Listen Now

Chris doesn’t have any hair gel, Yannis is going to have a baby soon and Joe Rogan is in Austin, Texas!Just the luck of the boys, as one of the Hyenas was on their way to Los Angeles, Mr. Rogan was outta there! So the guys thought it’d be fun...
Listen Now

It's our Birthday! YASSSS!

IT'S THE HYENAS BIRTHDAY! STRAP IN FOR A WILD EP!
Listen Now

Instead of WEPA this week, we’re giving you a treat of our favorite fun new series, Conspiracy Cuties. The boys dive deep into conspiracy theories in a real cute way, yaaasss! All the rest of these can be heard at http://patreon.com/bayridgeboys Yannis Pappas and Chris Distefano are talking about a...
Listen Now

Yannis Pappas and Chris Distefano are giving you a different type of ep this week! The boys were on James Altucher's podcast and loved it so much they wanted to post it for the fans. James Altucher went viral earlier this week for writing an article that declared New York...
Listen Now
Next Page
Advertisement